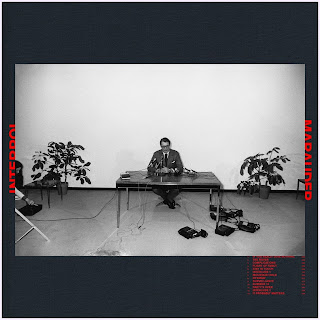 INTERPOL Marauder (Matador) Overview: The sixth album by NYC's post-punk revivalists Interpol takes a less studio-complex approach, and was produced by David Fridmann (famous for his work with The Flaming Lips,  Sleater/Kinney and Mercury Rev , among others). Analysis: From the opening salvo, "If You Really Love Nothing" (with its acerbic, Morrissey -esque proclamations), it's clear Interpol are not only looser and ready to rock, singer Paul Banks  eschews his penchant for elliptical imagery, and speaks from a heartfelt, introspective approach that personalizes the songs more so than previous entries in the band's catalog. Never have these guys sounded so focused, energetic and sonically intriguing. And while the trio haven't quite abandoned the aural signposts of The Chameleons or Joy Division , they sound considerably less derivative here, and throw a variety of other genres into the mix, still anchored by a signature sound that is Ban
Post a Comment
Read more 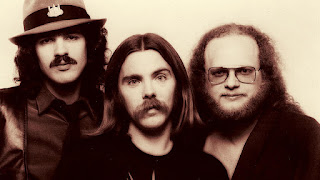 This month marks the ruby anniversary of Sir Army Suit , the third and perhaps most eclectic album in the Klaatu canon. Hard to believe we're talking forty years here - even more unbelievable is how forward-sounding this decades-old release is, when you consider the sonic artistry at play could easily rival the more esoteric diversions of Beck , Wilco and The Flaming Lips . Whereas the band's auspicious debut, 3:47 EST   was subsumed by the unfounded rumors that, in essence, Klaatu were actually The Beatles in disguise, sonic signposts which pointed to the Fab Four occurred on only a handful of tunes ("Sub Rosa Subway" being the most obvious example). The other influences were quite varied, including Van Halen , King Crimson , Aerosmith and the Beach Boys . Even so, the overarching mood on 3:47 EST definitely hearkened to classic, late 60's rock. The sequel, Hope, seemed to take a page from the Queen/Who playbook, and was a 'space opera' about
Post a Comment
Read more 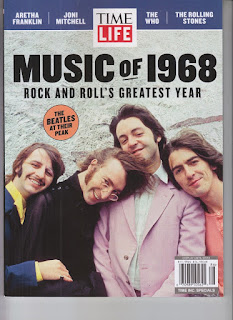 So I'm in my local supermarket's magazine aisle, when I come across this "special edition" of Time/Life's Music Of 1968 , featuring....surprise -  The Beatles on the cover, with the byline, "Rock and Roll's Greatest Year." I should be used to this self-aggrandizing hyperbole by now, especially from conglomerate publications such as the ones Time/Life puts out, but still, I'm a little flummoxed by the fact that the editors there would consider 1968 to be "Rock and Roll's Greatest Year" - it leads me to wonder if these guys/gals are likely members of Gen-X, and have no clue about the simultaneously tumultuous and psychedelic   Summer of Love which, by the way, happened in 1967 not 1968. Nevertheless, for the sake of being entertained, I flipped through the pages and read the various articles. It didn't take long however, before the mag's editorial agenda revealed itself to be a patronizing acknowledgement of the co
Post a Comment
Read more

A Conversation With Dean Friedman (Continued) 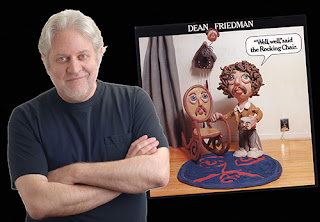 It was 40 years ago this month....  Where We Last Left Off: I was asking Dean to reflect upon the current "politically correct" atmosphere, and the chaos it has wrecked on songwriters - more specifically: Should artists self-censor if the subject matter might be considered offensive, even if (as in the case of Randy Newman) that language is actually being used to make a salient, sociopolitical commentary? DG: Speaking of Randy Newman, I wonder if he dares sing his classic tune "Rednecks" in concert anymore - does he perform it unapologetically, does he exclude it from his setlist, and if not, how does he get around the fact that his song's refrain is "we're keeping the niggers down"? DF: I think in the case of Randy Newman, anyone who's familiar with his history and all his writing, and can grasp where he's coming from there, would give him a pass on that - on the other hand, I can see there might be certain situations wher
Post a Comment
Read more 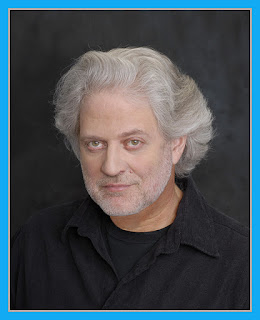 There are moments during my extended interview with Dean Friedman  where I find myself asking, "How did a nice Jewish boy from Jersey end up in this crazy music business?" After all, so much has changed in an ever-changing industry - and as a recording artist who lived through those changes, from his 'rock star days' in the late 70's, to his workmanlike DIY ethic that has earned him considerable singer/songwriter cred on the other side of the pond (Friedman spends a considerable amount of time living/working in the UK, where his tours are met with effusive praise), you have to wonder: in an age of reality shows, viral videos and Indiegogo campaigns, where does a veteran musician and songwriter find his niche? Friedman has certainly found that niche when you compare him to many of his 70's contemporaries who have long left the business behind; you have to admire both Dean's tenacity, commitment to touring and connection to his loyal (and ofte
Post a Comment
Read more

Stone Temple Pilots, 2018 - Or, The Consequences of Denial 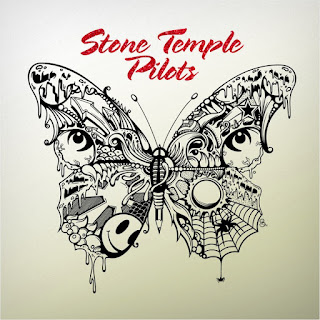 STONE TEMPLE PILOTS Stone Temple Pilots (Rhino) - Let's play a little game, rock'n'rollers - I'm going to pick some groups, and I want you to name the first person that comes to mind: The Doors ? Jim Morrison. Led Zeppelin ? Robert Plant. U2 ? Bono. Radiohead ? Thom Yorke. Cream ? Eric Clapton. Stone Temple Pilots ? Jeff Gutt? I didn't think so. Well, it's 2018, and we have a new album by an old band from the days of 90's alternative rock and MTV, refurbished with a lead singer chosen from a tv singing competition show. You might be wondering what motivates Robert and Dean DeLeo and Eric Kretz to soldier on under the STP banner, insisting on recording and releasing material bearing its brand. Persistence? Loyalty? Perseverance? Or is it more likely, denial? I don't pretend to know what it was like for the members of STP to deal with the addictions and erratic behavior exhibited by deceased lead singer/lyricist Scott Weiland (who died
Post a Comment
Read more 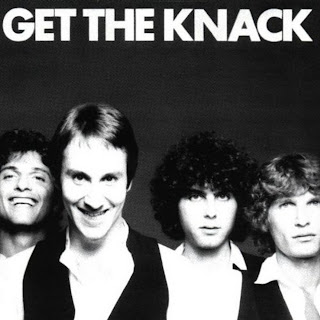 Once upon a time...........1979 to be precise, I answered an ad in the Village Voice looking for artists and writers for a new underground, counter-culture magazine - appropriately named The Daily Dope. I met with publisher Steve Becker, armed with a portfolio of art collected during my years majoring in cartooning at the High School of Art and Design. My primary objective was to start a little panel cartoon which would run monthly, not unlike some of the contributions I would see in the Voice . On a whim, I also brought along a couple of LP reviews (yes kids, I said vinyl!) I wrote of new releases. I can still remember this burly bear of a man saying to me, "Hey Dave - I really like your drawings, they're good. Frankly, I've got a lot of artists contributing work for me to consider. But what I really dig is the reviews you wrote. I'd like you to write a music column for my magazine, with reviews and interviews. Would you consider that?" And that my friends, is
1 comment
Read more
More posts